This post contains affiliate links. If you make a purchase through one of these links, I may receive a commission at no additional cost to you.

Here it is! The long-awaited (Maybe? Humor me?) continuation of my micro book reviews for 2018! These are the books I read mostly for my own growth and enjoyment. You can find my 2018 Theology Reads here. Coming soon: 2018 Family Culture Reads. Photo contains some of both lists. 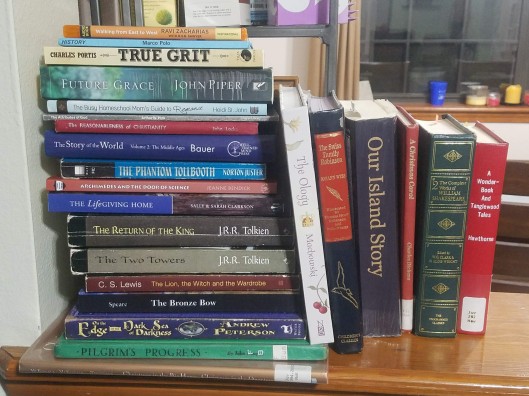 The Lord of the Rings: The Two Towers was the first book I finished in 2018, and The Return of the King was the last, making for a nice set of Tolkien book-ends for the year. For some reason I could not read these books quickly. They were delightful but slow reads. I especially enjoyed the pictures of spiritual battle in these books, first with Theoden in The Two Towers, and then with Denethor in The Return of the King. Perhaps I’ll write about this in the future. 😉 I certainly intend to return to Middle Earth again soon—starting with The Hobbit this year with my kiddos! 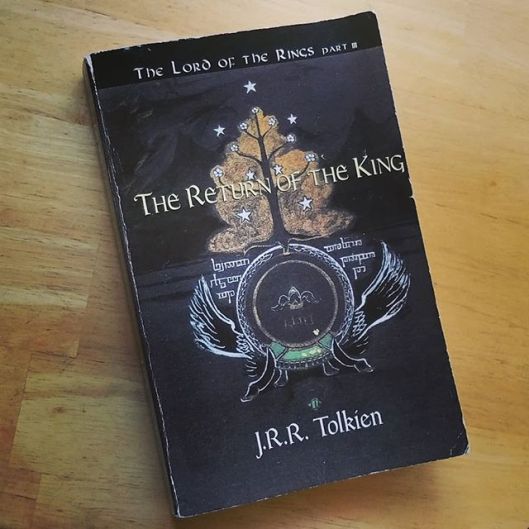 This is a long quote, but Tolkien’s words from The Two Towers (about the voice of Saruman) are oh so insightful.

Suddenly another voice spoke, low and melodious, its very sound an enchantment. Those who listened unwarily to that voice could seldom report the words that they heard; and if they did, they wondered, for little power remained in them. Mostly they remembered only that it was a delight to hear the voice speaking, all that it said seemed wise and reasonable, and desire awoke in them by swift agreement to seem wise themselves. When others spoke they seemed harsh and uncouth by contrast; and if they gainsaid the voice, anger was kindled in the hearts of those under the spell. For some the spell lasted only while the voices spoke to them, and when it spoke to another they smiled, as men do who see through a juggler’s trick while others gape at it. For many the sound of the voice alone was enough to hold them enthralled; but for those whom it conquered the spell endured when they were far away, and ever they heard that soft voice whispering and urging them. But none were unmoved; none rejected its pleas and its commands without an effort of mind and will, so long as its master had control of it.

True Grit by Charles Portis  I’ve continued reading and listening along with the Close Reads Podcast when I am able. I couldn’t resist picking up this book when I found out it takes place in Arkansas and Oklahoma—pretty much in my backyard. That geographical connection really had to be there to convince me to touch a western. But my first taste of the genre has been a good one! Portis takes on the voice of a fifty-something old-maid banker telling the story of how she hunted down her father’s killer at the tender (or should I say stubborn?) age of fourteen. Mattie Ross takes herself quite seriously, and Portis makes great use of this (and her matter-of-fact delivery) to imbue a rather intense story line with a lot of dry humor (my favorite kind).

I so thoroughly enjoyed this book that I made a point of walking down Mattie’s journey a bit myself, from Dardanelle, Arkansas to Ft. Smith, and yes, even to McAlister, Oklahoma and the Winding Stair Mountains of eastern Oklahoma (where my family did a backpacking trip last year as I was reading this book!). 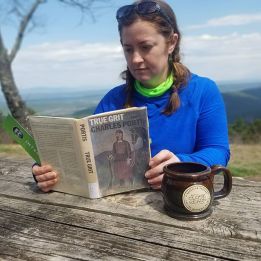 It was a way to immerse myself in the scenery of the story (and critique the movie depictions of these places, cough, cough). Not to mention it was a fantastic opportunity to learn my local geography—something I hadn’t, as a native Texan, really taken a lot of interest in before (aside from finding hiking trails). Arkansas is a pretty great place to get to know. Local literature is a great way to learn local geography!

The Code of the Woosters by P. G. Wodehouse  This was another Close Reads suggestion. It seems I’ve gravitated to the comedy offerings in 2018. British humor places high on my list next to dry humor.

Bertrand “Bertie” Wooster is a young aristocrat who regularly lands himself in a pickle of some sort. In this story, he manages to accidentally lift a precious cow creamer, causing enormous amounts of trouble for himself and for his friends. His faithful butler, Jeeves, must come to the rescue again and again with sage tactics and straight-man comic relief.

Taking in the story through Bertie’s eyes, the descriptions of other characters come to us as unfiltered critiques, much like Emperor Kuzco in The Emperor’s New Groove. Bertie’s delivery is a bit more blatantly humorous than that of Mattie Ross in True Grit, but they both employ a voice and attitude (and lack of self-awareness) that make for a lot of good laughs!

Much Ado About Nothing and King Lear by William Shakespeare In 2018 the folks at Close Reads launched another podcast called The Play’s the Thing, exclusively covering the entirety of Shakespeare’s plays, one after another. I have to admit that while I thoroughly enjoyed both of these plays, I’m finding that it’s difficult to remember them in detail a year later. Much Ado is a comedy, and King Lear is a tragedy. They are both worth your time. I think the best thing I came away with after reading them one right after the other is that even though they are different genres, Shakespeare manages to weave a bit of humor into even the darkest tragedy, and likewise a bit of tragedy into his comedy. Both plays also wrestle with several of the same motifs: prideful assumptions, character assassination, willful deception, and the nature of true love.

We (my husband and I) had a trial of Amazon Prime and watched the Amazon Original film adaptation of King Lear. It was a very interesting presentation of Shakespearean English in modern attire and setting. I thought it hinted at the timelessness of human nature. Anachronistic, to be sure, but I enjoyed it.

Twelve Ways Your Phone is Changing You by Tony Reinke  I think every Christian who uses the internet ought to read this book. Reinke covers all kinds of angles of our modern “connected” lives: FOMO (fear of missing out), social media, true social connection, the need to read and think deeply, purity, and Christian maturity and community, to name a few.  Reinke calls for godly wisdom and careful consideration—not just for how we engage in our digital culture, but if and why–neither taking an “anti” stance nor a heedless dive in to all things digital with a rally cry of “good motives”. I think it’s about time for me to revisit this one. Check out this list of quotes from the book over at The Gospel Coalition.

The Life-Giving Home by Sally and Sarah Clarkson  I picked up this book in an effort to give more attention to the seasons and building traditions in our home. I have long appreciated Sally Clarkson’s books and articles on motherhood. She is probably my near opposite in terms of personality, and while I’m totally fine with doing things in a way that suits my personality, I have found Sally’s relational and inspirational tone to be quite an example and challenge to my often-direct and efficient approach to family life. This book has two sections: one that explores the concept of home and another that serves as a month-by-month guide to implementing traditions that build up faith and family throughout the year. As such, you can read the book straight through or pick a month to get ideas for the upcoming season or holidays. We don’t copy and paste from this book, but I have enjoyed the ideas and inspiration. Highly recommend.

The Busy Homeschool Mom’s Guide to Romance by Heidi St. John  I think I found this book for about a quarter at a thrift store. At first I was going to pass it up, thinking, “We’re good.” But then I hesitated. Maybe my husband would appreciate me reading a book like this. So I picked it up. I’m glad I did. It was a good read for 25 cents. There’s a lot of biblical wisdom and consideration—especially when it comes to the unique distractions inherent to the homeschool life.

One of the key images used in the book, however, is “that girl”—as in, the girl your husband married. There’s a bit of an encouragement to be “that girl,” to be the more adventurous, smitten “you” that you were when you were first married. When discussing this concept with my husband, he flat out rejected it. “I don’t need you to be ‘that girl’. I’m not ‘that boy’. We’ve both grown and changed and it’s good. Be adventurous and fun, sure, but don’t feel like you need to go back to something in the past.” This is one of the reasons I like having him around. 😊  Do I recommend this book? No, not necessarily. If you need ideas to build up the romance in your marriage, this might be helpful. If you’re in a pretty good place with your man, there may be other books that would challenge you to go deeper.

A Grief Observed by C. S. Lewis  My grandfather died in May of 2018 at the age of 95. I sought out Lewis’s reflections at my local library as I processed the loss. Perhaps the greatest value in reading this book was as a model for writing out my own “grief observed” in my journal. Lewis’s experience in losing his wife is very different than mine in losing my grandfather. But there were, for either situation, still some of the same questions that plague and truths that comfort. It was a good read.

Walking from East to West: God in the Shadows by Ravi Zacharias (an autobiography)  As the subtitle suggests, this is one of those memoirs that seeks to show God’s hand at work all along way, but there is nothing trite about Ravi’s life nor his storytelling. My husband and I listened to this book on audio on several road trips in 2018. Ravi chronicles with thoughtful storytelling his long and full life—a life rich with personal highs and lows, with clashes of cultures and worldviews—and with the Lord in constant pursuit. I appreciated learning a bit of Indian history amidst the riveting drama of hard circumstances, strained relationships, internal battles, and tough questions. I imagine this would be a good read for any believer, but it is especially meaningful if you have been blessed by Ravi’s intelligent and warm apologetics ministry. I hope to revisit this book again in the future.

So what’s my top pick from this list? Well, I loved so many of these books, but I’d have to say that True Grit captured my imagination and worked its way into my schedule more than any other in 2018. Geographically immersing myself in the story was an adventure all its own—both enhancing my experience of the story and my experience of the world around me. Your mileage may vary. 😉 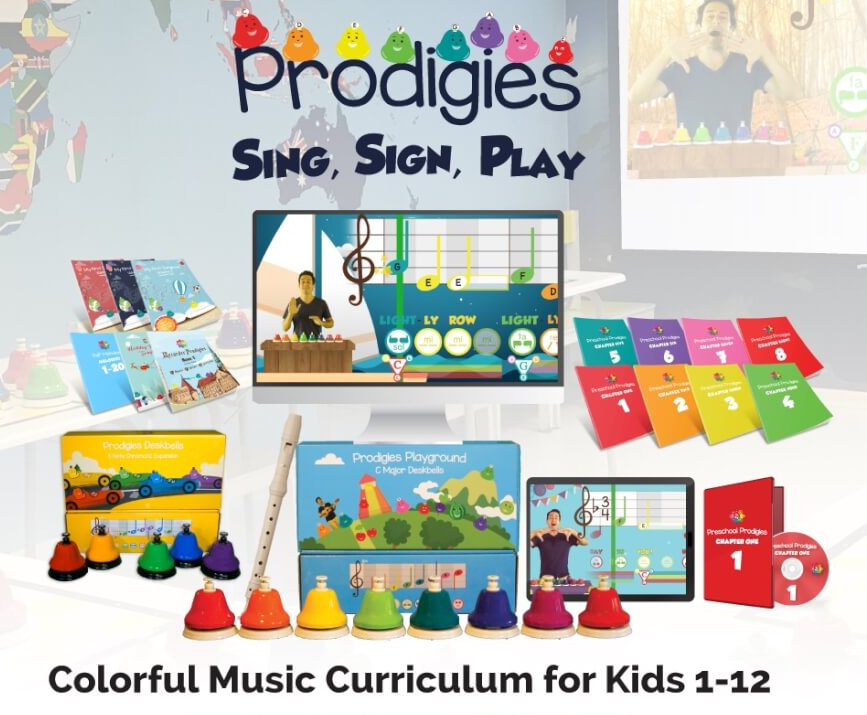